Going into the season, we knew Bishop Dunne would dominate the sprints. They put three in the top four in the 100m at State last year and bring back the defending state champ, Marquez Beason.  Beason was bested by his teammate and fellow junior Cameron Miller as they posted the two fastest times in all of TAPPS, but that isn't the story here. The story of their incredible 4x100m that posted the THIRD fastest time in the nation with a time of 40.96. That's right, they cracked 41 seconds and currently have the fastest time in the state. This hasn't been done by a TAPPS school since 2012. The race itself was a thrilling one with a come from behind victory over DeSoto by a mere one-hundredth of a second. If you haven't watched the race, you need to.

Moving over to the field, an athlete that has burst onto the scene in 2018 is Antonian Shot Putter, Adrian Felix. The junior gave a preview of what was to come this outdoor season, putting the shot nearly 52 feet at the Texas A&M Indoor Invitational, better than the best mark across all of TAPPS in 2017. He has continued to progress since going outdoors, putting 54 feet twice before his 53-3.75 mark this weekend at the Tivy Antler Relays. Remaining undefeated in outdoors, Felix already holds the best mark in TAPPS since 2015 with a lot of season left.

Trio of Wins for Simon 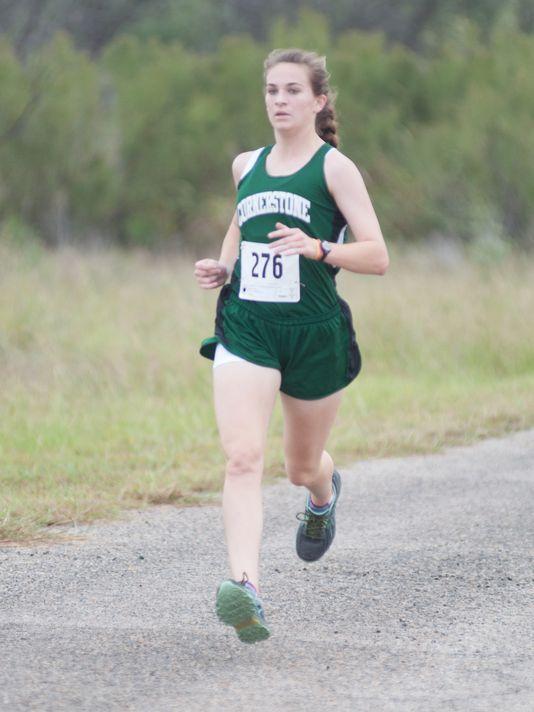 San Angelo Cornerstone Christian's Jessica Simon grabbed three wins at the Kenneth Rasco Memorial Relays, running the fastest times in TAPPS for the weekend in the 200m, 400m, and 800m. Her time of 2:19.21 puts her as the fastest in all of TAPPS for the season. Simon is returning from a pair of individual titles in 2017 where she crushed the 1A 800m field by nearly ten seconds. With such a fast time in early March, it's looking like it'll be another dominating season for Simon.

Abigail Craig jumped onto the high school radar this weekend with an 11-6 pole vault.  Craig has been a standout on the club scene over the last few years and did not disappoint in her high school debut. She tied the best mark in all of TAPPS so far this season and currently ranks as the third best freshman in the entire nation.  The San Antonio Christian standout joins fellow lion Nico Zinsmeyer (14-0 as an 8th grader) as part of an incredibly strong freshman vaulting duo who could dominate TAPPS 5A for years to come.