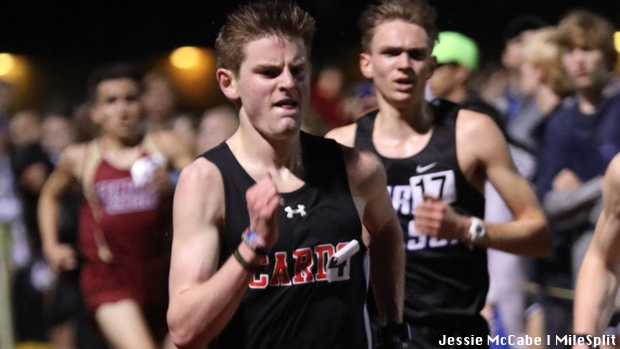 When Sam Worley and Reed Brown ascended to the University of Texas and Oregon, Texas running was given a gift in the form of  Fort Worth Christian's Carter Cheeseman (thanks, Tennessee!). You may remember Cheeseman making a name for himself on the national scene as he ran a blistering 14:42 at the Keller HS Invitational. There were whispers of it being a short course but it didn't take long for Cheeseman to silence all doubters by winning NXN South and then getting 6th at Footlocker Nationals. Cheeseman has continued his dominance in track and field by putting the pedal to the rubber in an outstanding performance that saw him get the best of Illinois standout Danny Kilrea who had previously bested him the last two times they ran 5000 meters. Kilrea outran Cheeseman by 21 seconds in their first meeting and 14 in their second but Cheeseman wouldn't be denied in their third battle as he edged out Kilrea by eighteen hundredths of a second to ensure the Texas Distance Festival crown stayed in the Lone Star State. 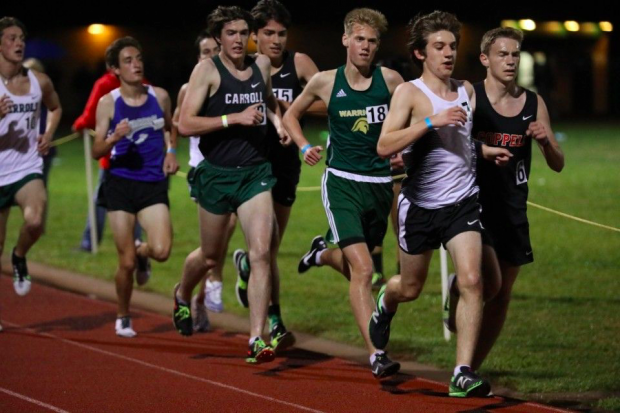 The Woodlands area is a hub for running talent and these two boys are striking proof of that. Fleet footed freshman Ben Shearer  ran a 9:34.83 at The Texas Distance Festival and is now ranked first in all of TAPPS with the fastest 3200 Meter time. To further add some perspective, Ben is currently the fastest freshman 3200 meter runner in the nation! Meanwhile, defending 3200 meter TAPPS 4A State Champion Joshy Shearer (and older brother to Ben) had his sights set on the Emerging Elite 5K and ran a 15:40 for a second place finish. The most compelling race in all of 4A may very well be this brother vs brother, teammate vs teammate, spunky newcomer vs. seasoned veteran battle for 3200 meter supremacy!

Shiner St. Paul has a reported enrollment of 97 students but year in and year out their athletes continue to perform unflinchingly on the largest stages. In 2017, their girls cross country team won state for the fifth season in a row and their track team won both the boys and the girls state championship for the third season in a row. These feats wouldn't be possible without dominant athletes like Texas A&M signee Parker Clay. Clay won the shot put at TSU Relays with a 44-5 throw which is good for second in the state of Texas and eighth in the nation. She out threw the second place thrower by over three feet and should be a lock to beat the TAPPS 2A Shot Put record that she set last year. 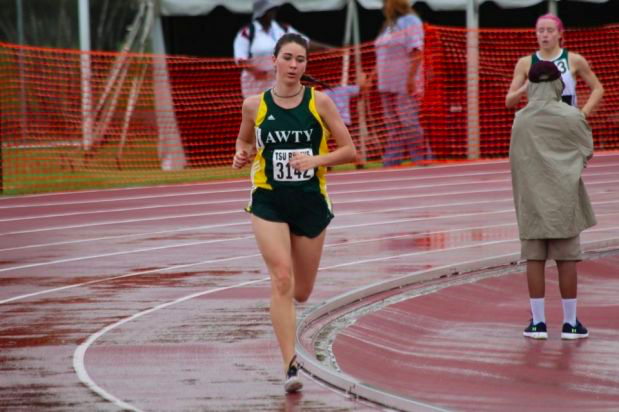 Amelia Ward of perennial powerhouse Houston Awty International cut over 16 seconds from her prelim times to win the 1600 Meter Run at TSU Relays. Despite not running the 1600 since the 2016 TAPPS State Championship, Ward eased back in and ran just under a second and a half off of a new PR. Ward is now ranked first in TAPPS competition in the 1600 (5:08.70) and will be in contention for the 6A state title against defending state champion Elizabeth Reneau of Argyle Liberty Christian (hasn't raced in 2018 outdoor season yet) and Fort Worth Nolan Catholic's resident jack of all trades Alison Bryant (5:09.68).