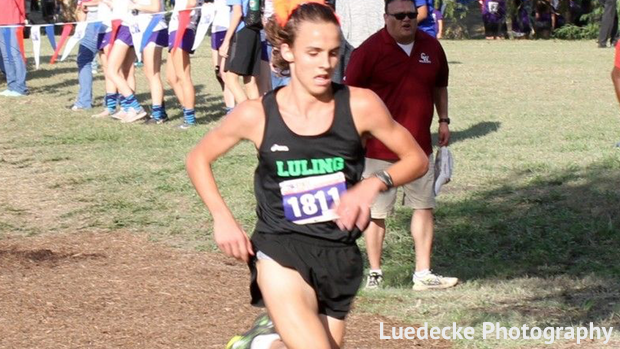 Analysis:  It's safe to say that there is no doubt about it that Roberts could be gunning for the 3A cross country individual title. Then again, this is Buster Roberts of Luling we are talking about. The goal from everyone at Luling is usually to be the best they can be. With that, Roberts at his best has earned him a second and third place at the UIL 3A state cross country meet the last two seasons. Roberts checks in with a 15:34.74 5K PR from last season that earned him the third place finish at state. Roberts also ran well as the NXN South Regional meet finishing in 14th place. On the track, he has personal bests of 4:21.78 for 1600m, 9:22.23 for 3200m, and a 15:05.84 5K from the Texas Distance Festival where he raced the best in both Texas and in the nation. Oh and by the way, he leads the historic Luling squad that has won a UIL record seven straight 3A team titles.

Can Roberts take his 15:05.84 5K PR from the track and build on it into being one of the best in Texas this cross season? Can he lead Luling to another team title and maybe NXN?