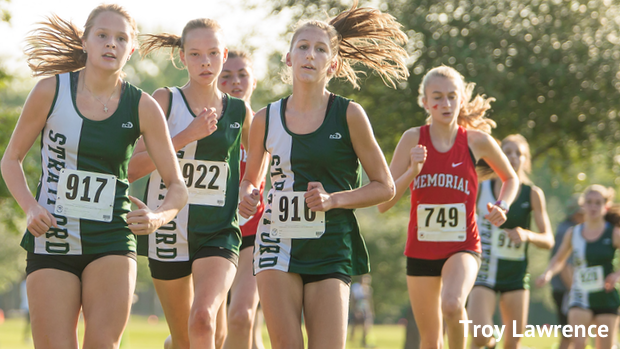 By now, everybody is aware of the damaging effects that Hurricane Harvey brought to the Texas gulf coast in September.

Houston Stratford is in an area of town where the school and the zoned communities are surrounded by three waterways that flooded several areas of Houston. Stratford is near Buffalo Bayou, Addicks Reservoir, and Barker Reservoir. The communities were hit pretty hard including several members of the Stratford cross country teams. 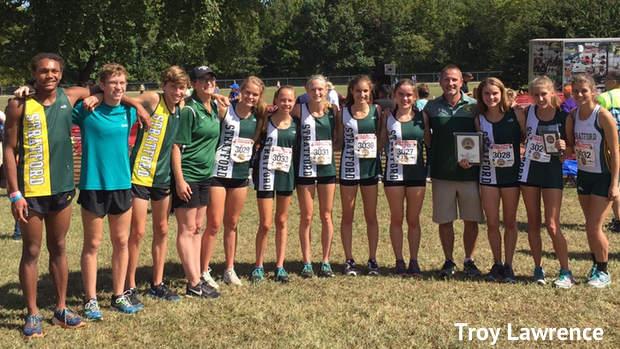 Lawrence (#3031) had been in Austin long enough to run into Austin Bowie runners while training on her own. They all soon developed a runners bond.  Lawrence's father said, "The Bowie team adopted her and made her feel very welcome.

The situation was so uncertain with regards to when they'd be able to return to their home in Houston, that Mr. Lawrence said, "She was close to running a race with the them."

When the Lawrences did return to Houston, the Bowie team and Lawrence vowed to reunite at regionals. The Bowie girls dominated district 14-6A with their 29 point performance to get the team win and qualify for regionals. Lawrence's Stratford team did the exact same thing at their district 15-6A by scoring only 22 points, also qualifying for regionals. 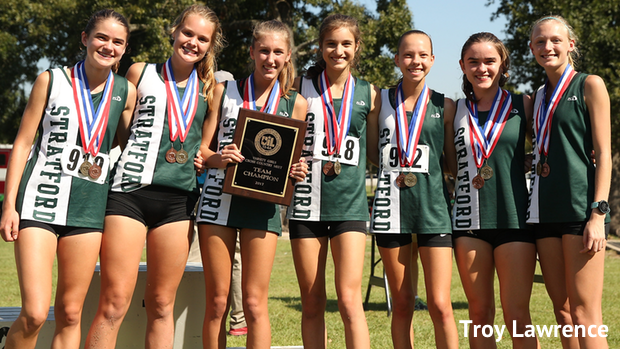 Tomorrow, Lawrence's Houston Stratford team will face off against her adopted Austin Bowie team. In that race, familiarity and friendship will take a back seat to competition. But, prior to the race, friendship and runner's bonds that were developed in result of a natural disaster will precede it with a vowed reunion that will no doubt occur.