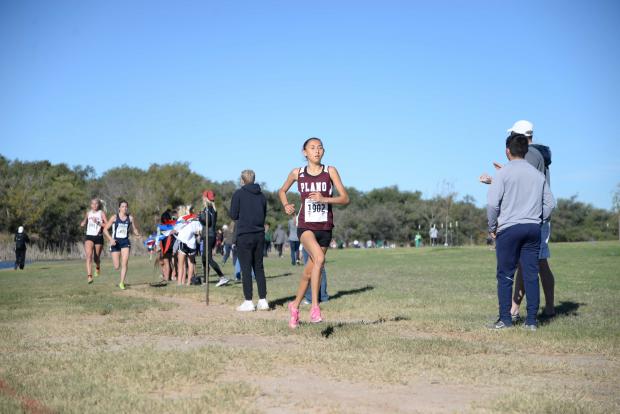 The "Region of Doom" once again showed how it earned its name with some exciting races in the 6A division. The race saw many top schools like Flower Mound, Southlake Carroll, Hebron, El Paso Eastwood, and many more compete for a regional title and a spot in the state meet.

The 6A action was started off with an impressive performance by Ashlyn Hillyard, the junior from Plano Senior HS. She decided to hang back a bit at the start of the race and let Isabel Van Camp, a junior from Keller, take the lead. Hillyard's start would pay off in the end as she would place first with a time of 16:41.71 and she was soon followed by Marcus senior Quinn Owen, who covered the three-mile race in 16:56.10. Camp would end up finishing 17:00.95.

The Keller Indians gave one impressive performance that would earn them the team title. The Indians managed to place four of their runners into the top ten. Camp lead the way followed by seniors Julia Black and Abbey Santoro with junior Cambria Clark closely behind. The runners would finish third, fourth, sixth, and ninth respectively. The Indians final score would be 28 points, followed by Southlake Carroll in second with 67, Flower Mound in third with 73 and Hebron in fourth with 106 points. 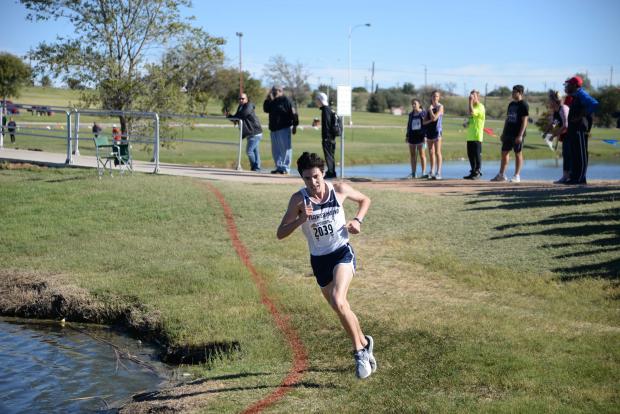 The guys race saw the impressive dual between Flower Mound junior Alex Maier and Tascosa senior Wes Mcphail. Mcphail kept true to his word and challenged Maier every step of the way but in the junior from Flower Mound, would pull away in the final stretch for the regional title. Maier covered the three-mile course in 14:19.48. Less than ten seconds later Mcphail would finish in second with a time of 14:28.19 and almost thirty seconds later Flower Mound Sophomore Kirk Jarrett would finish in 14:56.04.

The team race witnessed a big upset as #5 ranked Eastwood beat #1 ranked Southlake Carroll for the regional title. The Eastwood boys placed all five of their runners within the top twenty and were led by Anthony Molina and Gabe Armijo, who finished fourth and sixth respectively. The final point total would be Eastwood with 55 points, Flower Mound with 76 points for second, Southlake Carroll in third with 126, and Wylie High for fourth with 158 points.

Next up is the state meet for all the qualifiers from every region. The state meet will be exciting race to watch this year. Look forward to an impressive race from all the "Region of Doom" qualifiers.