Over the past few years San Elizario has been growing into a powerhouse in the 4A division. Head coach Cesar Morales has led team to a state title every year since the 2014 season. With the cross-country season now over San Elizario starts the off season for track.

During this break TX MileSplit caught up with head coach Cesar Morales for a few questions.

TX MS - Winning 4 state titles is no easy feat so what do you do to maintain such a high level from year to year?

Coach Morales - It all comes down to our philosophy which is to not think about championship medals and titles like state and regionals. Instead we keep our focus on our daily and weekly habits like how everyone is feeling after workouts or checking to see that we are hitting our weekly mileage.

TX MS -  This year you and your team did some amazing things like your perfect score at district and regionals. How did you and the team feel when you accomplished that?

Coach Morales - We were ecstatic when we got the perfect score because our goal for the entire season was to tighten up our pack. My runners were so close to one another that I could never predict the finishing order. Except for my number one, Edwin Gomez, my number two through seven would often switch spots. Being able to see a group of runners that were able to run that close to one another was great to see. 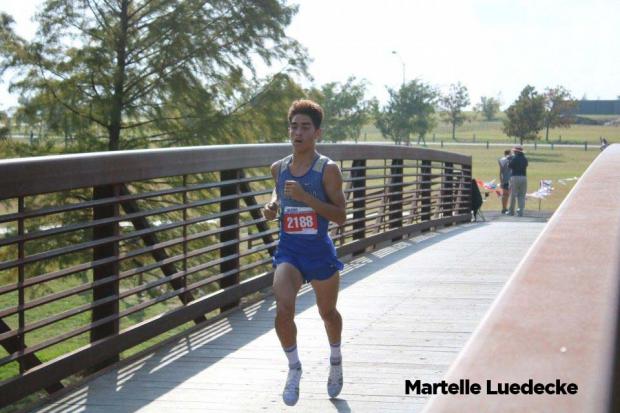 TX MS - With that said I'm sure being the heavy favorite to win the 4A state title must have given your team quite a bit of confidence. So how did you keep your runners grounded and prevent them from getting overly confident?

Coach Morales - Yes, we had some problems with it especially with one runner. It's hard to keep teenagers humble, they are young and can sometimes let things go to their head. That's what happen to this one runner who was part of my top returners and unfortunately, I had to kick him off the team. I had to show the team we are a serious program and we can't let things like state titles go to our heads.

TX MS - How do you keep your team motivated year-round?

Coach Morales - Well after we won our first state title back in 2014, a running friendly environment began to be established at San Eli. A lot of people at San Eli want to run cross country and I often have students come up to me and ask about it. With that community being set up it also established a sense of commitment and friendly team competition. Everyone on the team wants to run varsity and they commit one hundred percent to the program, so they can make it to varsity. Seeing others working hard to make varsity eggs on the current varsity runners to keep working hard so they don't lose their spots.

TX MS - Following up on that how is the team's mentality every day at practice and on race day? 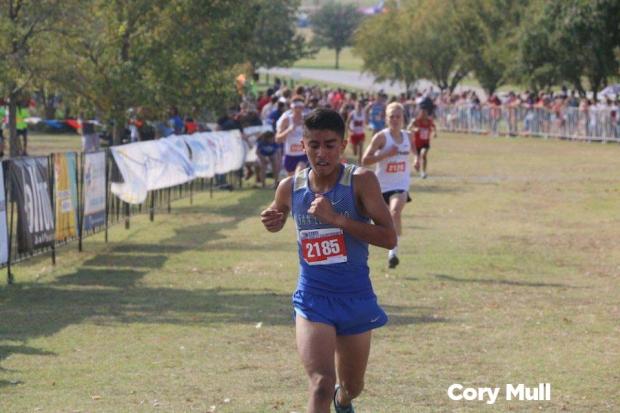 Coach Morales - This year was different then most because of the incident with one of my runners so it made the beginning of the year a bit complicated. Fortunately, my other top returners were able to step it up as leaders and helped me establish a sense of responsibly among my runners. I have to say they did such an amazing job and because of it I'm often the last one to practice, I'm never late by the way.

TX MS - Do you find yourself fortunate for being able to race teams like Tornillo, Austin, Burges and Eastwood?

TX MS - Are you planning to take the team to Nike South Regional?

Coach Morales - Not this year but instead some of my younger runners are going to do the USATF regional cross-country race. I have a good relationship with my area's middle school, so I often help coach runners from there. USATF allows me to enter the other athletes I help coach on top of the high school runners which is why I chose to run at USATF instead.

TX MS - Finally do you have any advice from others who may read this article?