Last year was one of the best UIL state track and field meets across the board from 1A all of the up to 6A and that includes 4A.

The 4A girls and boys were full of studs and they return many state champions and runner ups. The 2018 season could be just as action packed as last year.

Silsbee sprinter Kalon Barnes was one of the major factors in last year's meet. He won the 100m and 200m state titles. Barnes blazed to a UIL 4A state record 10.22 for the win. He then returned for the 200m where he ran 21.48 for his second individual championship of the meet.

He returns for his senior year and if the Baylor football commit gets in shape to do damage on the track, then Texas high school track and field fans will get to see him one more time before he ships of to the NCAA. However, we will have to wait until after basketball season and he is currently slammin and jammin for the Silsbee basketball team.

Cole (Remington) Crossnoe, senior from Bushland is another returner for his senior season. Crossnoe is the 4A 300H champion. He ran away with last year's title when he ran 37.35 over the second place time of 38.03.

Crossnoe is one of the few athletes in Texas to place at the TAPPS state meet and the UIL state meet. Not only did he win the 300H title, but he also took third in the 110H with his 14.21 run at state. Add that to his third place finishes in TAPPS the year before and a tough 37.40 5th place finish run at the Great Southwest Classic and Crossnoe could have a monster season. 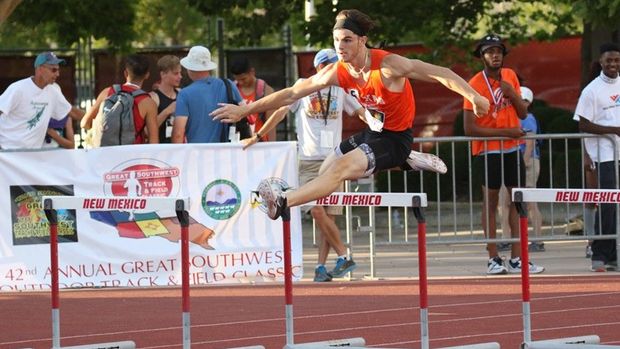 The 400m is always one of Texas' premiere events and the 400m for the 4A boys returns two top and tough competitors. Carthage two sport athlete Ashton Hicks won two state championships last year. One in football as his Carthage team won the 4A state championship and then one in the 400m at the UIL 4A state meet. Hicks in on a mission to repeat that this 2018 season. His Carthage football team already got the ball rolling as they were able to repeat, now Hicks just has to win another 4A 400m stat title. He took last year's win with a 47.69 performance.

Repeating won't be such an easy task. Hicks' win came in a tight race with Dallas Carter stud LaKyron Mays. Mays took second in the 400m just .03 behind Hicks, both 400m studs return and will challenge for the 2018 state championship. Mays may also challenge the 800m again. Last year, he placed third at state with his 1:56.16 PR helping bring big points to the Carter team finish.

Like Hicks, Mays is also a two sport athlete as he stars on the grid iron for the Carter Cowboys football team and has committed to run at Oklahoma State University.

Stephenville senior Blake Aragon and Navasota senior Ronnie Jackson put on a show in the high jump last year. Aragon won the title over Jackson when he was able to clear 6-8 on his second attempt and Jackson just missed it on his third and final attempt. The two guys could provide another entertaining competition this year when they both return for their senior year. Don't count out Coleson McCraw from Melissa who was able to take third. He just missed at 6-6 and could challeng Aragon and Jackson for the top spot this season.

Graham senior Hunter Dooley is the big dawg who returns for his senior year to repeat his shot put title. Last year, Dooley won every shot put competition he threw in except one at Brownwood Bluebonnet Relays where he finished third. He saved his best throwing for last when he popped a big 54'2.25" PR for the state title.

On the girls side, Sha'Carri Richardson is the two time defending 100m state champ. The Dallas Carter star not only expects to win again, but she also plans to run super fast this year. Richardson has told TX MileSplit that her goal is to run 10.9 this year. She was able to get down to 11.28 last year, fast enough for the 4A state record, so a few tweaks here or there and that 10.9 is quite possible. Richardson also moved up from a 2016 second place in the 200m to winning last year's title, so she will look to defend that as well. 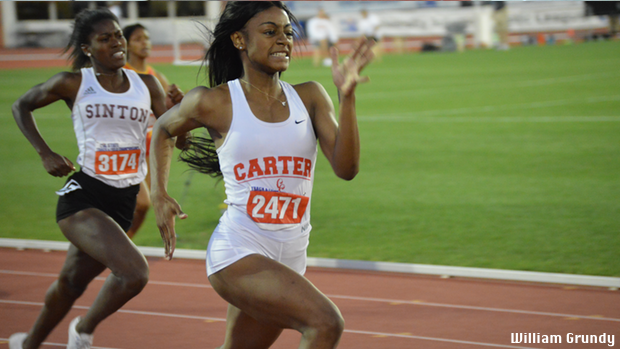 All has been quiet on the Richardson front. She elected not to run indoors this year, so the first glimpse we'll get of her for the 2018 season will be at the up coming outdoor meets.

The big push in 4A will come from Kennedale junior Alexis Brown. Brown finished third in the 100m last year as a sophomore and is the top returner to challenge Richardson. Brown could also challenge for the 200m title this season.

One event that Brown won't be a challenger for is the long jump. Instead, Brown will be defending in the long jump as she won the 2017 title with her 20'0.25" win. 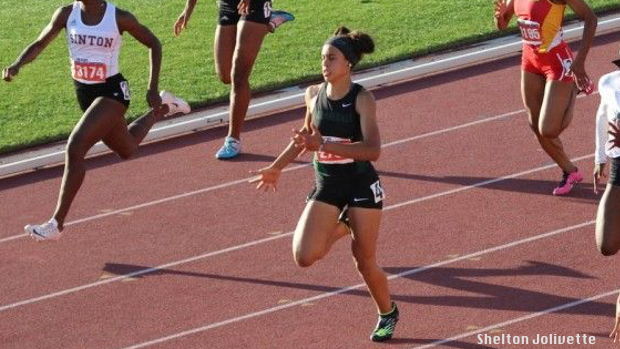 Moving over the the hurdles, three returners to look out from from last year's state meet are Sour Lake Hardin-Jefferson senior Wreagan Taylor and juniors Jayme Krauss from Needville and Ally Henson from Houston Yates. Taylor took second at state last year with her 14.52. Kraus and Henson got some valuable experience as sophomores last year as they placed 4th and 5th, but they could come in with higher expectations. Henson has spent the indoor season working on her speed and hurdling as she has indoor SB from this season of 7.87 (60m), 8.71 (60h), and 25.73 (200m).

The 2017 distance events in 4A were owned by Emily Garcia of Alvarado. As a freshman, Garcia won the 4A state cross country title as well as both the 1600m and 3200m state titles. Garcia added her fourth state title in the fall when she won her second straight cross country titles. She has PRs of 5:04.58 and 10:55.21 for others to contednd with and she already ran an indoor 5:19.56 at the Texas A&M High School Indoor Classic. 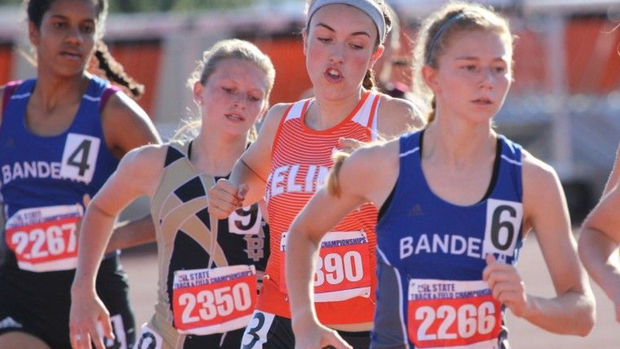 Speaking of state titles, Bandera senior Sandy Clarkin has enough to share with a lot of us. She has helped lead the Bandera girls cross country team to four straight team titles. She also added the 800m title to her resume in May with her 2:14.44 win in Austin. She moved up to first in 2017 from her 2016 runner up finish. Don't be surprised to see her run even harder this year to repeat and move up from her 5th place 1600m finish from last year.

Giddings' 2016 discus champ Ebony Wolridge returns to defend her title. She will have a host of girls looking to have some throws pay off for them to challenger her, but they will have to come with it. Just a junior she threw a PR at state with a 138-07. They will also have to watch out for he in the shot put as she will be looking to rebound off her 5th place finish last season. She had an impressive 37'2.75" throw at state, but that was well below her best as she has thrown 4-'11.5".

Taylor just keeps turning out elite athlete after elite athlete. The next big Taylor product is already here in Anna Cathry Griffith as she will no doubt dazzle the crowd again this year. Griffith won the UIL 4A title in a record 13'2.5" vault. She wasn't finished as she went on to win the GREAT SOUTHWEST CLASSIC. She returns this year with an opportunity to win another pole vault title.