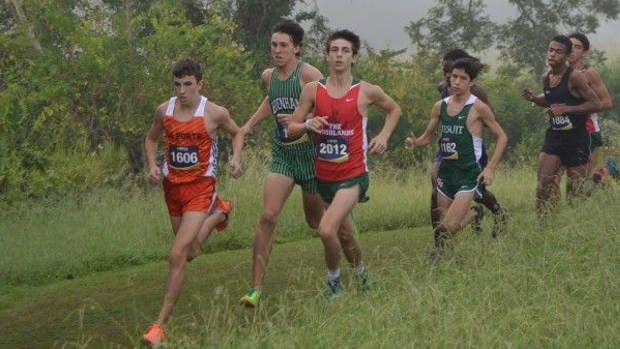 As with other athletes who have experienced the infection, Schoppe had to deal with it at an untimely point in his competitive season. Schoppe was in mid season close to gearing up for the 2017 cross country championship season when he was diagnosed.

"It was very taxing both mentally and physically.  You want to keep working, but your body needs you to rest," Schoppe said.
Ryan Schoppe Athlete Profile:
As with the other athletes who have had to experience a URI in their competitive season, Schoppe dealt with wanting to train and compete like he knew he needed to, but his body just wasn't listening and even the recovery road was challenging. "Just getting back into the everyday grind, I wanted to keep going and pushing myself, but my body took a while to catch up with my mind."
As a freshman, Schoppe had run blazing fast times 15.50.41 5K, 4:25.12 1600m, and a 9:10.01 3200m. He was able to qualify for both the state cross country meet and the state track meet quickly popping onto everyone's radar as one of the top young runners in the state.
Hopes for a next level type of sophomore season were the plans. In the first couple of weeks into the cross country season, he ran a 15:37 5K PR before being hit with the URI.
Despite the difficulty dealing with the URI symptoms, Schoppe did not let the infection destroy his season. He was able to bounce back and piece the rest of the cross season together and qualify for the UIL 6A state meet and run a respectable Nike Cross Nationals South Regional race. 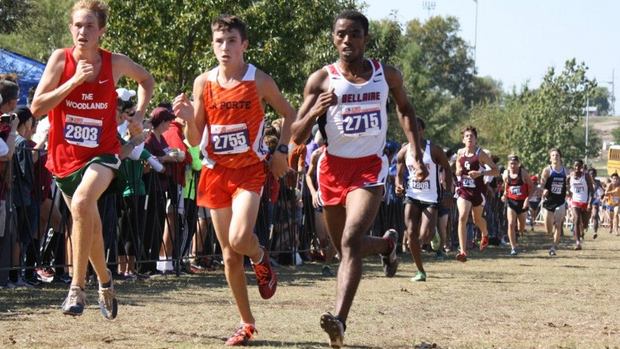 It is now track season, and for a kid who was introduced to the sport by at 7 years old by his father, Schoppe is ready for a big come back track season. His season started last weekend at the Clear Brook Wolverine Winter Relays. "I was pumped to get back on the track. I want to build on what I started last year.  I have a few of my High School records I would like to beat and would like to head back to State again in more than one event."
Schoppe enjoys running at relay meets like Clear Brook, "It is very exciting because you are racing as a whole team instead of just individually.  You push them and they push you to do your best.  Its a great bonding experience."
Schoppe ran an exciting DMR anchor leg for La Porte after bringing them back from over a 100m deficit for the near come from behind victory with his fastet time covering the 1600m distance. I ran "4:19( new PR),  I knew I had a lot of ground to make up and in order to do that I needed to pace myself, if I wanted to have a chance at the end. I was feeling so good that if we had another lap I felt that I could have won the race for my team."

"I was pumped to get back on the track. I want to build on what I started last year. "

For the 2018 track season, he has some big goals in mind and he knows what its going take. "My main goals are to win District, Area and Regionals and make it to state in both the 3200m and 1600m.  I am going to try and break LaPorte's 1600m record and my own 3200m record from last year." It's going to take "Hard work and dedication in all aspects of running, along with the mental preparation.  Also, trusting in the process my coach laid out for me."
One thing is for sure, he will have the competition in Region III to have a good shot at achieving his goals and he will hit some quality and competitive meets that should help get him there. "Carter Storm, Nick Majerus, Erick Lara, Worthington Moore and Daniel Figueroa are some of the toughest competitors this year in Region III. Our big meet we get to go to this year is the Texas Distance Festival in March.  I am very excited to race against some of the toughest runners in the state." 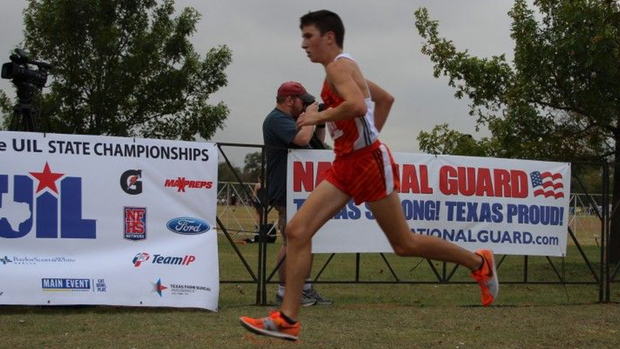 TX MS: What are your favorite running shoes? RS: Saucony

TX MS: What artist or songs are on your playlist when you warm up or go for a long run? RS: I really don't listen to music.  I just run.
TX MS: Pepsi or coke? RS: Coke
TXMS: Favorite flavor of gatorade? RS: Lemon Lime
TXMS: Whataburger or other? RS: Whataburger
TX MS: Hardest XC course you've had to run? RS: Brenham Hillaciuos - I was sick and we got there late so we had to run the course without even being able to walk it...not to mention the hills.
TX MS: Favorite track event? RS: 3200M  I like longer distances
TX MS: XC or track? RS: Both- I like the different aspects each one brings.
Tweets by TXMileSplit