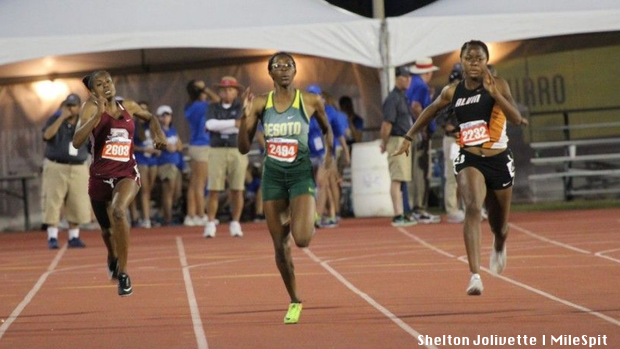 So, they did the work Thursday night...set the bar...and waited -- watched to see if anyone would match it.

Well, it didn't happen. The DeSoto girls put up quite the opening meet team performance over the weekend. Now, they will get the chance to double back on it at their own meet, the DeSoto Nike Invitational.

But before the next meet comes, let's look at what they did in week two of the 2018 season.

Not many DeSoto Eagles ran individual events. However, when they did, they made it count by putting up some significant marks.

In the 400m, two Eagles ran TX top ten times including Ciera Wash. Wash, just a sophomore won the Bob Alpert Relays quarter mile race with a 56.75 for the top time in the state. She was followed by teammate Jalese Moore who placed second with a 57.99. More's time was also good enough to place her in the top ten state wide. 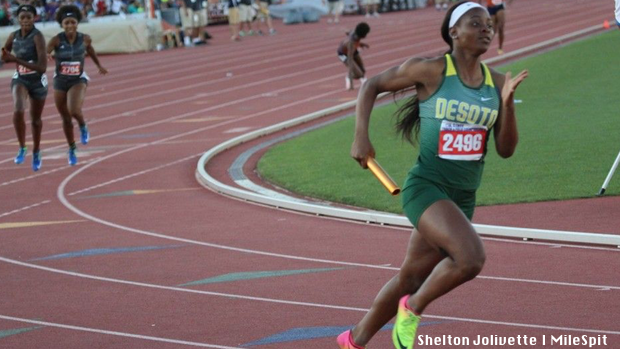 Sophomore Rachel Anderson also came away from the Bob Alpert Relays with a W. Anderson ran a 2:16.96 PR in just her first outdoor meet of the season and good enough to be the number three runner in the Texas borders.

The next group of runners ran top times in the state and they did it out of the JV race. Jayla Hollis and Jalaysiya Smith ran TX #1 and #3 times of 14.07 and 14.57. They didn't compete against the other varsity runners, they ran in the junior varsity race. I guess the only thing you really need to run fast is a track and a clock.

From there, the rest of the show was in the relays. 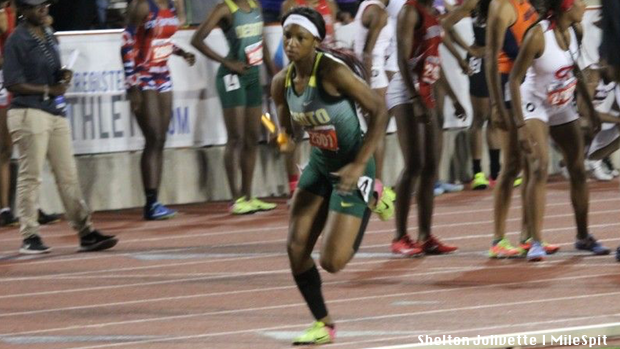 DeSoto ended the 2017 season as the state champs in the 4x200 and the 4x400 relays and breaking the state record in the latter. Their 4x100 did not win at the state meet, but they ended the season with a 45.39 for a US #9 time. Their 1:34.87 state meet winning time ended the season as #2 nationally, and their 3:37.85 win at state was good for the top time in the nation and just a couple seconds away from the national record.