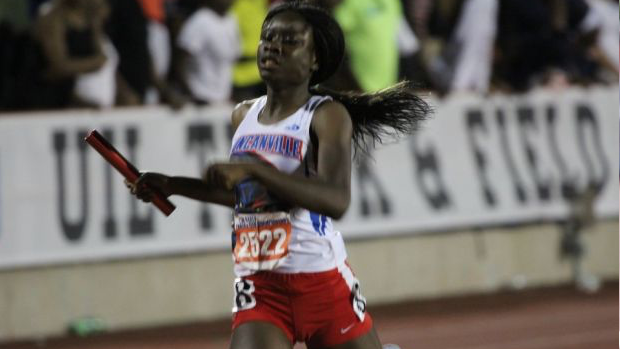 Arius Williams and her Duncanville teammates are on a mission for the 2018 track season. They want to win a state title and they want to break the 4x400 relay state and national record.

In order to do that, they will have to take down neighborhood rival DeSoto. The battle with DeSoto will happen at district, area, regionals, and the state meet.

However, it has already begun. Last week at the Bob Alpert Relays they sort of went head to head in a couple of events as coaches from both schools gradually sprinkled their athletes throughout the events. The next time the two schools will hook up is this weekend at the DeSoto Nike DeSoto Nike Invitational.

Williams appears to already be ready for the match ups with DeSoto and anybody else.

She had a very impressive indoor season running an indoor PRs of 25.05 in the 200m and 55.56 in the 400m to win the Texas Tech Under Armour High School Classic. 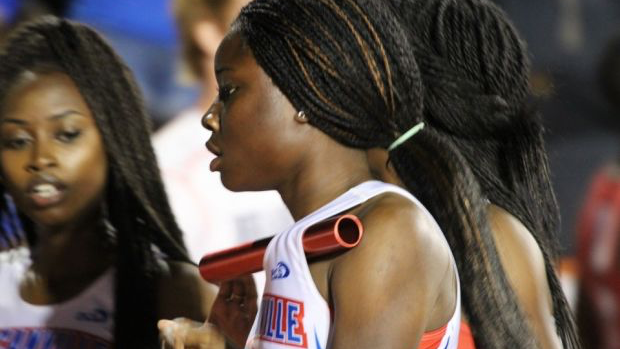 For an athlete who has been competing indoors over both distances against the best in the country, the 23.96 is impressive but not as eye popping due to her abilities.

However, Williams' night was more eventful than just a very fast 200m.

She also competed in the 800m earlier in the meet. The 800m is a good fitness check and developer that many 400m runners attempt from time to time especially in the early goings of the season.

This wasn't just getting in an 800m though. Williams ran a TX #4 2:17.28! Two events at totally opposite ends of the ladder and she ripped through them both with elite times.

Who knows what Williams is exactly capable of now, but one thing is for sure, she is ready for 2018 and she isn't shy about showing it!!!