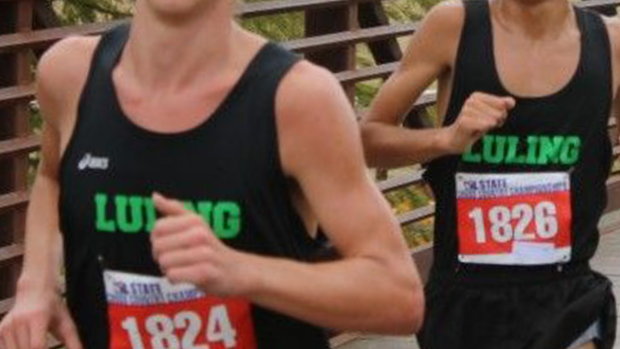 Ironically, that is most certainly the word needed to describe this scenario.  It is also the sentiment the Luling Eagles are more than likely feeling at the loss of their former star runner, recently graduated Buster Roberts.  This comes after last year's abrupt retirement decision by long time Coach Mike Barnett, which as many know was a vital component to the Eagles' success.  As some may know, head coach changes usually come with system changes and therefore can have a heavy effect on individual athletes or the team as a whole.

Fortunately for Luling, Coach Brady Hand has made the transition to a new coach quite smooth. Heck, he added another state championship to the collection last year.  Still, with these considerable changes - the question on everyone's mind is the same - will someone take over Luling's top spots at regionals and state?

How dare we ask this question? Luling has won more consecutive state championships in UIL history than any other program. They've had outstanding runners work hard and perform to contribute to that success throughout almost an entire decade.

However, untouchable Luling may have seen, every dynasty in sports history has come to an end and Luling will eventually be beaten. Is this the year? Are they finally vulnerable? 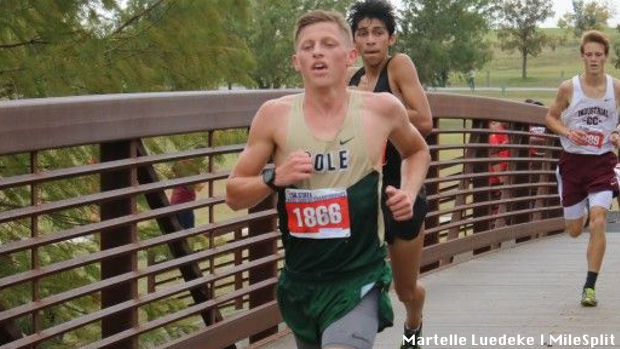 There may be a multitude of answers to that question, but the most likely response? San Antonio Cole.  Consistently finishing with the top of the pack at the regional level for the past few years, San Antonio Cole seems ready to take the Eagles' spot.  Seniors Landon Duplessis and Connor Frank are no strangers to finishing in the top 10 at their regional meet.  Will this be the year?

As always, with more answers come more questions.  If there is a cloudy outlook on the regional portion of the season, what can we expect to see at the state level?  Is there a team looking to come out from under the Luling shadow?  The answer is yes, and the team with high favorability to take on the task would probably be the Tornillo Coyotes.

The Tornillo Coyotes finished 2nd overall as a team during the 2016 and 2017 seasons behind the Luling Eagles.  As a team, the Coyotes' cumulative time was a mere two minutes behind the Eagles' team time.  Will they be strong enough to maintain that momentum?  Well, the Coyotes are looking to be returning five of the varsity cast from last year, with senior Eduardo Carrillo leading the pack.

Coach Garcia and his Tornillo staff have generated a culture that is reminiscent of the Luling way. The have a group of tough runners that run as a team for their school and their community. Like Luling, they have also graduated key guys over the last couple of years, but are still hungrier than ever and don't show signs of stopping helping to make the 3A boys race one of the most anticipated races at the state meet. 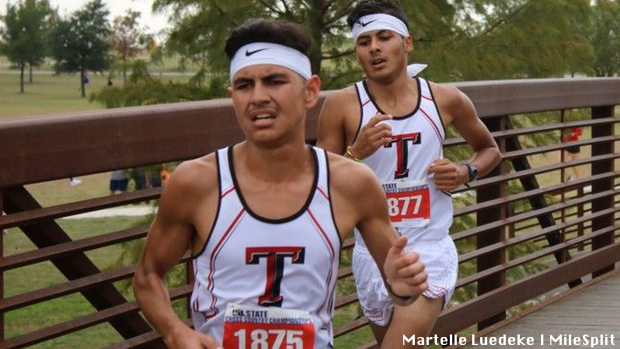 Then there is more comp in 3A than just a few teams. Pilot Point and Eustace are very well known programs in the state and have a long history of their own as well. Last year, the two teams tied for third place in the team standings with 140 points with the tie breaker coming down to the sixth runner for the tie breaker. Pilot point won with their #6 coming in 63rd versus the Eustace runner finishing in 65th place. Yes, 3A is just that tough of a classification.

Bottom line, Luling has been vulnerable every year since winning their first title. They've been beatable. Graduation has taken many runners over the last eight years, but their ability to work hard and come together to all run well enough on the same day in November is what hasn't been cracked. Even with the graduation of Roberts, they still return five of last year's top seven including third place overall finisher Edwin Zamudio who returns for his senior year.

As the season kicks off very soon, all eyes will be on the 3A boys from the start of the season until they line up in Round Rock.

It can definitely be stated that there is a multitude of new factors for this 2018 season - at the least a trio of teams looking to either repeat, redeem or roll over.  For these seniors perhaps the words of Muhammad Ali will guide them this season, "I hated every minute of training, but I said, 'Don't quit. Suffer now and live the rest of your life as a champion.'"