Tyler Lee senior Haftu Knight has been one of the best distance runners in Texas going on three years now. As a freshman, Knight hit the UIL scene a hard dropping a season full of 16 minute 5Ks and top finishes all year long. He finished the season with a district win and qualifying for the state meet. His state meet race was the worst race of the season  finishing in 98th place with 18:00.50, but it definitely was quite a learning experience for a freshman.

Sophomore year was an improvement, as once again, Knight had nothing but top rated finishes and improving to several sub 16:00 races including a 15:58.15 at the state meet for a 44th place finish.

Last year, as a junior, Knight took it to another level. He started the 2017 season off with a 3rd place overall finish at the Marcus I Invitational by going 15:38. That was the start of an incredible season that saw him run sub 16:00 in every meet, except for one race. He had a good runner-up finish at regionals, which led to a 15:09 5K PR and his top finish ever at the state meet.

This year, Knight is just as strong and fast as ever. He has consistently run in the 15s and as of last week's 14:54.99 PR at the McNeil Invitational, Knight is definitely one of the favorites.

But, favorites for what?

For a top rated senior, the season has to be all about winning a state title and qualifying for one or both of the national championship races.

Is Knight a legitimate contender? 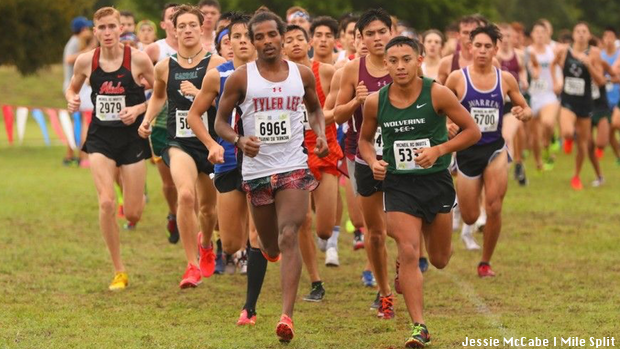 Knight has improved every year and has run fast times, but frankly, that means nothing when you're talking about real big time success that an athlete on his level has to be thinking about.

Yes, Knight has talent. Yes, he can run with the best of them. Yes, he has proven that he is not just a good runner. However, it takes more than that.

Is Knight a real contender for a UIL 6A state title and NXN or Foot Locker Nationals?

Yes, and here is why.

Last season was the first time that Knight ran his fastest race at the state meet. The previous two years, Knight would not have the race he wanted at the state meet, so last year was an improvements. However, when it came to NXR South and Foot Locker South last year, Knight ran well, but not as well as he may have expected.

Knight was perhaps a little tired from the long season. Each year, ending at not the best or fastest could be an indicator that he had just run out of gas at the end. Each race he did run had given him valuable experience that he would need for this season.
This season, Knight and the Tyler Lee coaching staff looks to have made an adjustment and boy is it paying off! Knight only has four races in the books on the season. His district meet will be his fifth race heading into regionals. Previous seasons, he had six to eight races on his legs before the stat meet. 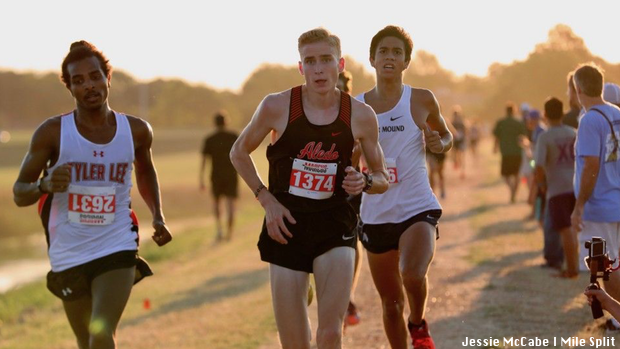 Knight also not only has the big time races from previous seasons, but this year he has big time races and championship type performances and finishes.

Knight won the Tyler Lee/UT-Tyler Cross Country Classic with a 15:29.36 and has runner- up finishes in his other three races: Marcus I Invitational (15:17.00), Chile Pepper Cross Country Festival (15:26.80), and McNeil Invitational (14:53.99). In each of his runner-up finishes, he was only beaten by a runner who qualified for one of the national meets last year (Graydon Morris, Camren Fischer, and Cruz Gomez). In each of those races, he ended up beating runners who did qualify to run in the one of those two national meets.

Knight will be ready. He is prepared, fresh, and well coached. He will contend for a state title and a qualifying spot for either one or both of the national meets.