That 1A boys finish tho... pic.twitter.com/MPBPv6ozKa

In a true kick to the finish, Alejandro Chavez of Hartley and Klay Howard of Covington sprinted for the last 200 meters with Chavez pulling out a narrow victory. Klay Howard made a last second dive for the win and it was unclear who came out victorious even ten minutes after the conclusion of the race. Howard and his coach made their way to the Milesplit tent wondering if we had the final times however we directed them to the RunFar truck and their live video board. It was a humbling example of all the athletes and coaches have invested into their craft this year. 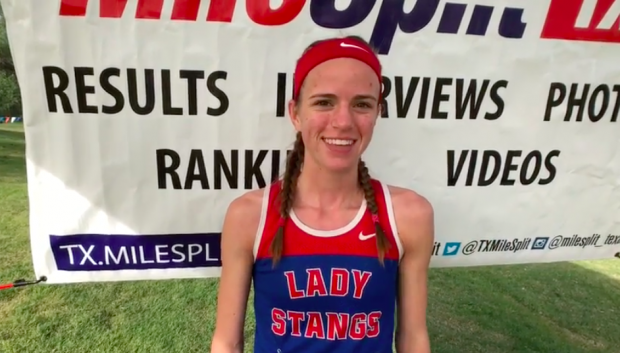 Claude senior Mattie Lovell continued her winning streak as she ran away with the victory in the girls 1A race for her sixth win of the season. The team races though were an absolute nail biter as Miller Grove and Happy tied for first with Happy winning the tiebreaker as their 6th runner came in four places ahead of Miller Grove's 6th.  Nazareth was only two points behind them and in fact had a lesser average time than Miiller Grove. Every place mattered in this one however the boys race was quite the opposite. Miller Grove ran away with the state title in the boys race as they scored 36 points and edged out second place Crosbyton by 52 points! 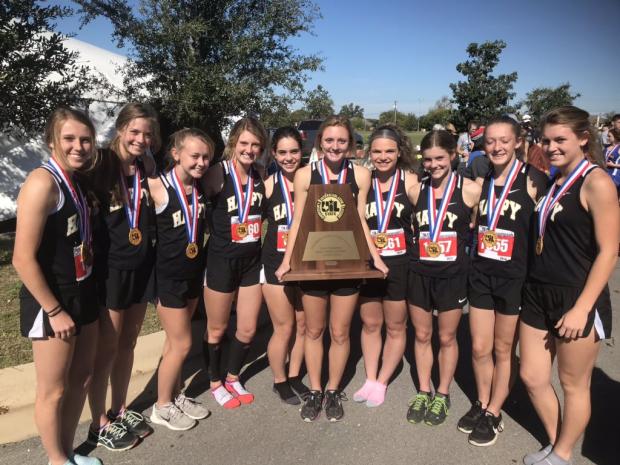