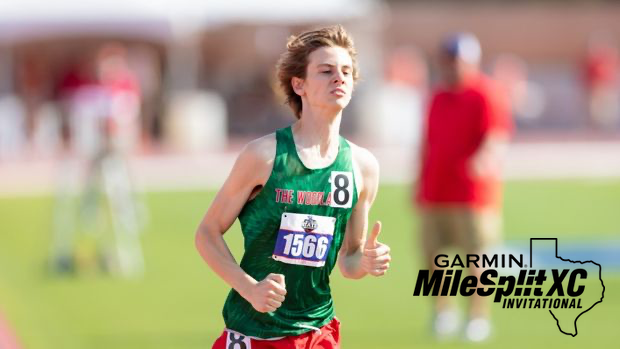 By now, you've heard of the big time teams and with that comes big time athletes. This will be no different; in state and out of state teams and athletes will race it out.

With teams like Flower Mound, The Woodlands, Grapevine and with individuals like Walker St. John, Sahil Dodda, David Mora, Hudson Heikkinen, and Nathanael Berhane on the boys side and Allie Love, Gabbie Love, Amy Morefield, Samantha Humphries, and Natasja Beijen, this will be an action packed meet.

However, there are some athletes you should keep an eye on and who could push the leaders for a win. Spears is now a senior and after winning the 1,600m and 3,200m UIL 3A state championships, there is one thing has eluded her resume and that is a cross country individual state title.

Spears is undefeated so far this season; this will be her first true challenge of the season. The Lovejoy sophomore might not knock your socks off with her 18:40.90 time at the Lovejoy XC Fall Festival, but times don't always paint a clear picture.

Morefield was Lovejoy's number two runner on Saturday and she cracked the top 10 with only track and cross state meet finalists and medalists ahead of her.

This week's course will be very different than what she ran last week and that could put her right in the mix. Hogan is not the usual UIL name you may be used to, rather she is an experienced runner and one of the top girls in the state. The Ursuline Academy leader has been one of TAPPS top runners for years and looks ready to lead the Lady Bears back to championship level.

Hogan was fourth at the at the Southlake Carroll XC Invite in 17:43.16. She ran 5:09.36 at the Southlake 1 mile and 11:12.97 at the  Founders Eagle Invitational to show she has the turnover and the fitness to put it down with anybody.

Easton was a key part to the Highlanders placing third at last year's UIL 6A state meet. He finished 16th overall  by running 15:47.28.

Last spring, Easton focused on the shorter track distances. His junior season ended at the UIL state track meet in the 800m and with season PRs of 1:54.00 and 4:18.52.

That speed could be beneficial this weekend as the course is flat and fast, which could play in Easton's favor.

It's a tough world when you're the teams number three guy but you should possibly be considered a number one runner.

Thats what the Grapevine senior Trey Leathers is living out right now. With teammates like Walker St. John and Josue Granados, it's a daily grind to run to number one status.

With more important goals as their priority, the Mustang leaders are galloping towards adding a second straight UIL 5A state title. They also have aspirations of winning a national championship this season; that won't be possible without Leathers.

Watch out for Leathers this weekend, he already opened up with a 15:13.09 in third place at the Southlake Carroll XC Invite. He might be the third man on his team and then again, he is capable of winning the entire meet. Grapevine has the good type of problems to have.