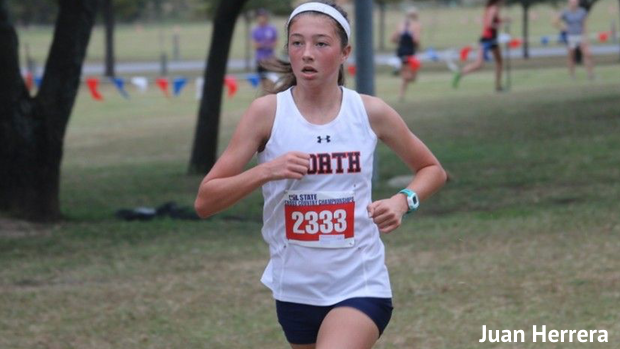 By now, we all know the only meets left are post season meets. Everybody choosing to continue to run are true XC buffs and probably some of the best of the best in the nation.

The biggest aspect of the Nike Cross Regional South, is the team aspect. However, the individual race is also a big proponent. The top five individual runners who are not on a qualifying team will move on to represent the South regional team at NXN.

Here are some of the top individual runners to look out for at this weekend's NXR South: 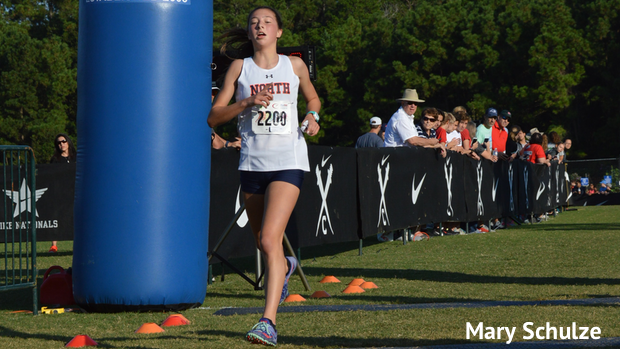 The sophomore All-American just won her second straight UIL 5A state cross country title and is looking to do add another NXR South title to her resume. Last year, she finished 12th at the NXN finals in what was her first national level meet. Since then, through other performances and meets throughout the track season, she has matured and should be more prepared mentally to take on the national scene at NXR South and NXN. Culbreath will be even more prepared for this weekend and the rest of the season as her mastermind coach, Coach Richards has developed a 2017 season plan that has been flawlessly executed. That plan consisted of rest and strategic racing instead of running every weekend of the season. At the state meet, we got a glimpse of what a fresh and fit London Culbreath is ready to do at this time of the season when she ran her fastest true 5K at 16:55.95. 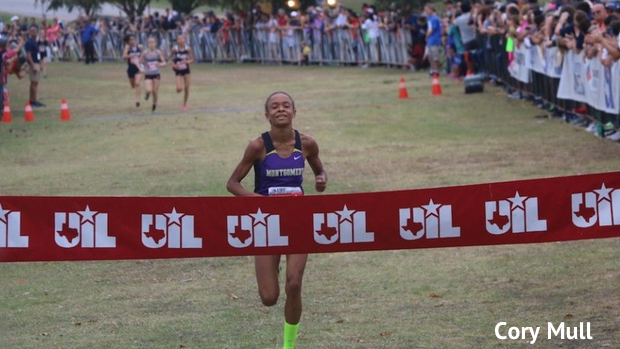 The junior is fresh off of her first UIL 6A state championship where she ran a 17:16.30 PR. Rahmaan was able to pull away from the field in the latter stages of the race and if she can continue her running, she could make her second NXN South regional team. Last NXR South was her coming out party as she began to make herself a house hold name in the running ranks. Rahmaan has gained experience over the last year by earning the trip to NXN as well as running to fourth place finishes in both the 1600m and 3200m at the 2017 UIL 6A track and field state meet. Now, having a gold medal to add to her collection, look for her to earn a return trip to Oregon. Before her championship run at the state meet, she rattled off three previous sub 18 minute runs.  An 18:00.56 qualified her for NXN last season and she already dropped 18:02.70 at the Bear Branch Park course at the Sept. 30 Nike South Invitational. 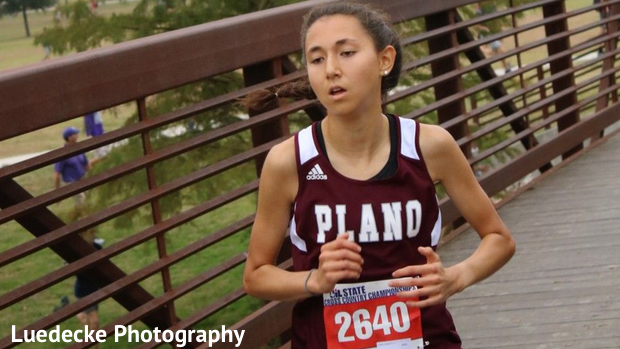 Plano junior Ashlyn Hillyard is this year's UIL 6A third place finisher. She came into the season after a disappointing 2016 state meet and she has had her guns blazing all season long. She only had one race that was over 18 minutes all season and that was a 18:04.35. After last year's state race, she went to the 2016 NXR South race and ran a PR 18:02.33 and a 7th place finish that gave her the sixth individual performance and just 2.33 seconds away from qualifying for NXN. This season has been a breakout season for Hillyard and could end up being her national level breakout if she can make that Nike South regional team. 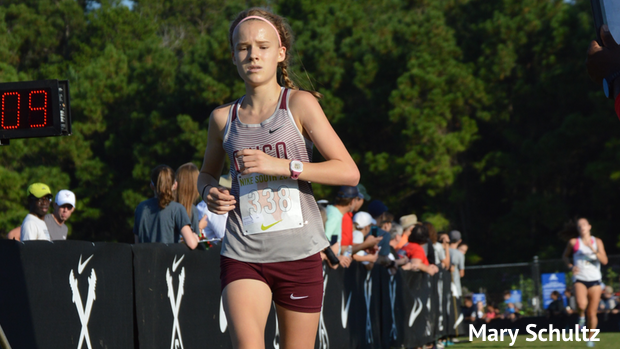 Katy Cinco Ranch freshman Heidi Nielson has had an abnormal first high school cross country season. It began with a major blow from Hurricane Harvey to her Houston area community. In means of cross country, it set her season back two to three weeks. Difficulty training and meet cancellations were barriers to the beginning of her season. When she finally got the opportunity to compete, Nielson hit the ground running. Her first meet was at the very difficult Brenham Hillacious Invitational where she was able to win with a very impressive 18:04.10. From there she ran against some of the state's best runners at the Nike South Invitational where she dropped a 18:08.40 for fifth place. Nielson eventually ran her way to a third place finish at the UIL 6A state meet and a 17:26.00 PR. Nielson could add to an abnormal season by qualifying for NXN as a freshman. 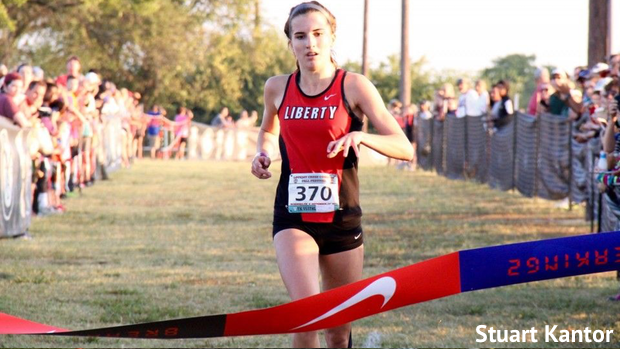 Frisco Liberty senior Carrie Fish ran to a second place UIL 5A finish but she still got herself a state championship as her Liberty squad won the team title. Fish led the way for Liberty with a 17:29.50 PR. She has lived under 18 minutes on the season as she has only had two races that weren't in the 17s. After an awesome 2017 track season that saw Fish place at the state track meet she has been able to maintain as this cross season is still going on strong and could finish up at the NXN course in Oregon. Fish's 10:54.97 3200m at the state meet means she has the legs to hang up there in the first half of the race with a pack. 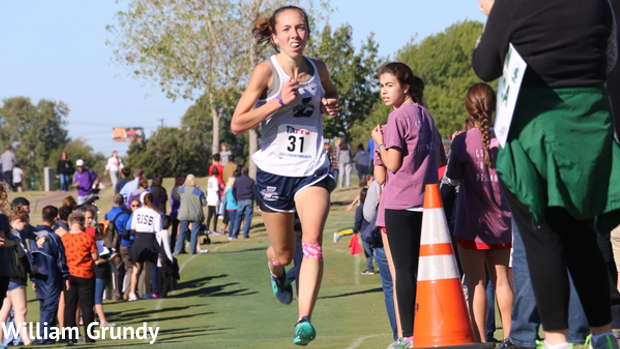 The Argyle Liberty Christian senior already has a beat on most of the competition. Reneau qualified for NXN last year and is back for more. Reneau is experienced in big races as well as running out of state. Her last race was the TAPPS state meet when she became the four time state individual champion. She already has a 17:31.00 recorded and having a couple of weeks off, Reneau should have fresh legs ready to bust a big race. Reneau is one of the most versatile runners in the race. With her ability to run fast from 800m to the 5K, she has the ability to run any kind of race and her chances of returning to Oregon are high. 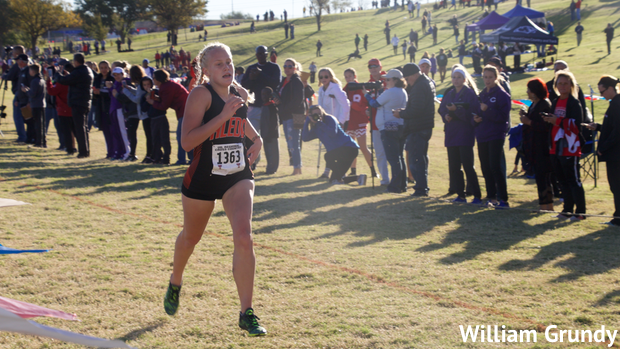 The Aledo sophomore Gracie Morris is another versatile and dangerous runner in this field. Morris did not compete in the Nike Cross Regional South race last season. This year, she makes the individual race that much more interesting. Morris is another runner who can run at an elite level from the 800m to the 5K distance. This season Morris has proven that she can run with the best of them. In the races that she competed in with the top talent state wide, she has run in the 17s in each race and placed third in each race. If the pattern continues then she could very well qualify for NXN. Expect to see Morris in the front pack and it will be tough to shake her in any kind of race. 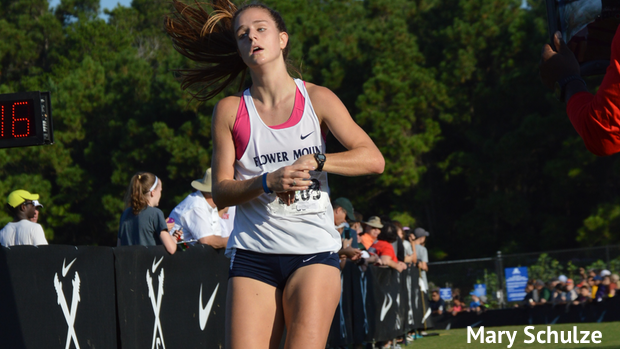 Flower Mound senior Laura Fairchild is no stranger to NXN. She qualified for NXN as a freshman back in 2014 when her Lewisville Hebron team qualified and finished with the second highest NXN team finish ever for a Texas team (8th place). This year, Fairchild will try to lead her Flower Mound team to NXN. She has good odds to do it both with her team or individually if need be. She is having the bet season of her high school career and all points could lead her to NXN. She most recently dropped a 17:37.60 PR at the UIL 6A state meet. Fairchild would like nothing more than to qualify with her FM team, but if that doesn't happen don't be surprised to see her at NXN with a South jersey on. 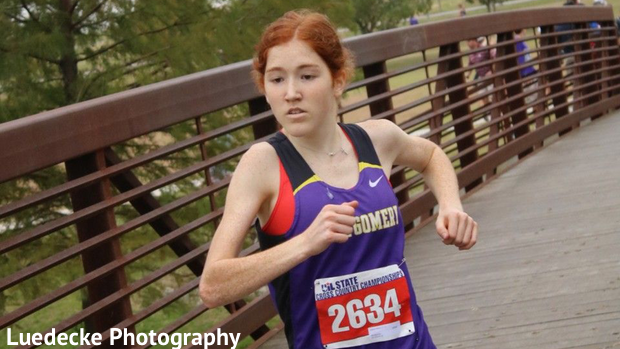 Wilson is the second Montgomery Bear on this list. She is a part of the 1-2 punch for the team along with Halena Rahmaan. Wilson placed eighth at the state meet last year and seventh this year. This year's place came with a 17:37.80 PR, which makes her very capable of qualifying for NXN. Wilson is one of the best runners in the state just missed qualifying for NXN last year as she finished with a 18:03.23 for a seventh place finish. 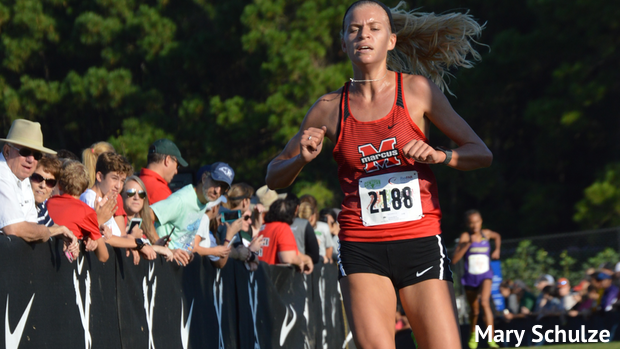 The Marcus senior is definitely capable of qualifying for NXN. Last season, Owen was able to place tenth at the 2016 NXR South. Owen was just getting her strength after suffering most of the season with sickness. Owen would eventually get strong and fit and have a great 2017 state track meet where she placed third in the 3200m and first in the 1600m with times of 10:33.27 and 4:47.32. She is fresh off of placing tenth at the UIL 6A state XC meet where she ran 17:54.10. Look for Owen to be an spark plug at the front for her team, but also in the mix individually if that does not happen.