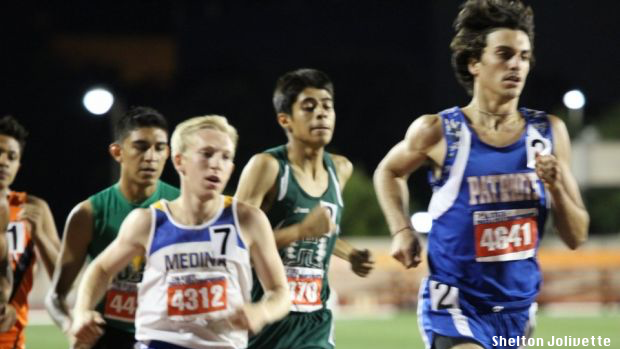 Outdoor season begins this upcoming weekend at certain meets across the state.

This means, we will get the first look at several athletes for the first time since the UIL state meet. We take a look at the top returning 1A boys and girls that should definitely be watched this outdoor season.

When you talk Texas 1A track and field athletes, it would be blasphemy to not bring up Jake Merrell. The Tureky Valley senior has been a force to reckon with in Texas and 1A ever since his freshman year. He returns as the Texas' first male athlete to win the 800m, 1600m and 3200m state titles in the same meet. In fact, Merrell holds the UIL 1A state record in all three events at (1:54.10, 4:22.60. and 9:38.23).

Yes, Merrell is a distance stud in the 1A ranks, but he definitely has to earn that moniker. The 1A distance boys are formidable foes. Medina senior Austin Zirkel is the 2017-2018 cross country state champion and was every step of the way with Merrell at last year's state track meet as he took second in all three events.

Dustin Dominey, a senior from Spur who both won and placed second the last two years at the 1A state track meet is another distance stud. Dominey was third in the 3200m last spring.

Hartley junior Alejandro Chavez is perhaps the one who will take over when the seniors graduate. Chavez placed fourth at the state cross country meet this past fall and also qualified for state in all three distance events last season. As a sophomore, Chavez didn't medal in any of the three events, but a year older and experienced now as a junior, he should definitely be considered dangerous. 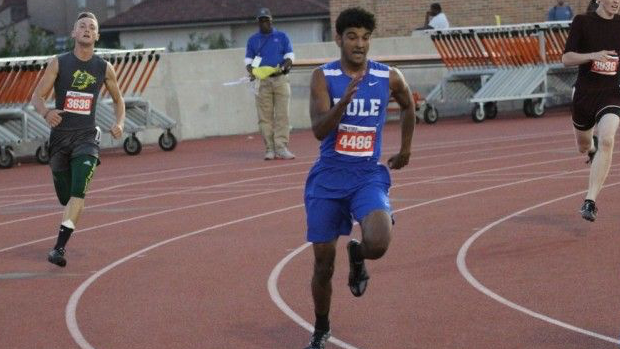 Rule junior Chase Thompson is the sprint version of Jake Merrell. Thompson ran his way to the state track meet in the 100m, 200m, and the 400m. He came away with gold medals in two of those events by going 11.09 and 49.33. Look for Thompson to look for more in this junior year. If Thompson can repeat his 100m and 200m performances and improve on his fourth place 200m performance he could be the king of sprints in 1A.

Although Merrell is the man in Turkey Valley and the entire 1A classification, his Turkey Valley teammates can consider themselves as the men too. The Turkey Valley boys won the 2017 1A team title and many of them return with a chance to do it again. Along with Merrell's big points, Turkey Valley also got big time points at state by winning both the 4x200 and 4x400 relays

On the girls side, Sienna Collins of Saltillo is the girls version of Jake Merrell. In fact, she executed the first distance triple crown in Texas track and field meet history before Merrell did. Collins, will open up her junior season coming fresh off  a state meet trifecta that saw her set two 1A state records in the process. She started off last year's state meet by winning the 3200m and then right into her record breaking performances. Collins ran a 2:19.75 in the 800m and 5:09.76 in the 1600m to put her name down in the record book. Collins followed last year's state track meet up with a second place state cross country meet finish just a couple of months ago.

Not to be overlooked on the 1A girls stage is Camille Harris. Harris is a junior from Nueces Canyon and like Collins, she was also going for a big time state meet last season. Harris finished second in all three distance races right behind Collins. After the state meet, Collins said, "I am glad to be here and to get to compete against Sienna and it's been a lot of fun." Now that it is a new year, Harris has got to be gunning for the top spot. She turned in good performances with her 2:21.57, 5:16.10, and 11:44.22. Harris also took fourth in the 2017 state cross country meet this past fall. Don't be surprised to see Harris making a push for the gold medals this spring. 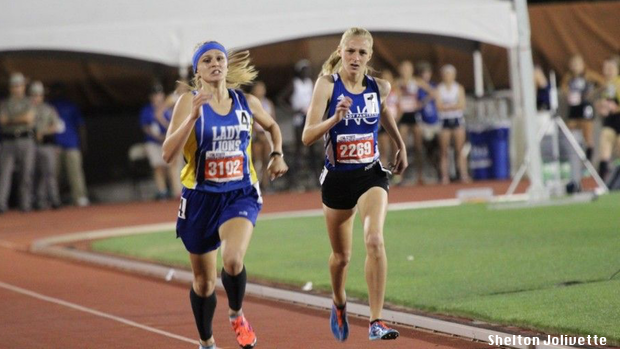 Harris' Nueces Canyon teammate Zoe Burleson was not to be outdone. Burleson wasn't able to win three medals like Harris but that's only because there are only two throwing events. She won both the shot put and the discus last spring and she did so in record setting form. Burleson threw the discus for a 139'02" to break the 1A state record. All of that and she was just a freshman. Now that Burleson has had a taste of success, expect her to aspire to possibly add two more gold medals and possibly another state record.

Also returning after setting a state record is Luvly Williams. The junior from  Shamrock set the state 1A 100m record with a 12.25. Williams returns this season as the favorite and she could also be looking to add the 200m title to her resume as well. 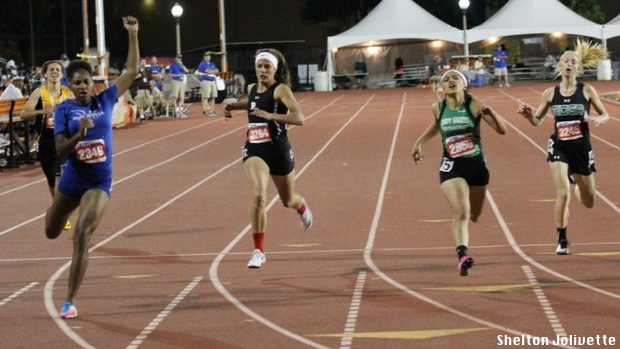 Burkeville junior Keyunce Price - ran the 100m last spring and didn't have the outcome she would have hoped. She took seventh place and had to watch Williams win it and set a state record in the process. That didn't discourage Price as she was able to bounce back later that eventing in the 200m and not only win, but set a 1A state meet record herself. Price dropped a 25.78 to win her first UIL medal and get her first state record. Price, who is just a junior will return for another season and have an opportunity to add the 100m state title and still have an opportunity to defend her 200m title.