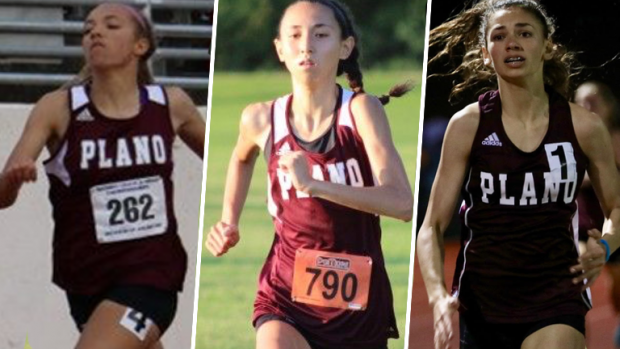 We've seen it done before. Teams -- or at least an individual or two have gone to Austin and made the most out of their opportunities and they have come away with an award stand worthy performance and a team state trophy.

It happened as recent as last year, when Houston Lamar did it in 6A. The duo of Julia Heymach and Milan Young ripped through the state meet in three events each to score enough points to take second place overall.

Well, we could see it again. This time, it could be Plano Senior High School. If it happens, it would have happened with nobody outside of Plano HS seeing it coming.

If the state meet were today, Plano would have three legit athletes who could get to the state meet and score some big time points to possibly win or finish on the award stand.

Those three athletes are Kennedy Blackmon, Bianca Corroccio, and Ashlynn Hillyard. Who? Exactly....at the end of last season, none of these ladies were house hold names in the Texas high school track and field world. As a junior, Blackmon did qualify for the 2017 state meet in the 200m but only finished eighth. As a sophomore, Hillyard did have a very good cross country season and she did run very well at last year's Texas Distance Festival. However, she didn't make it out of the Area meet in the 1600m and was fifth at the Regional meet in the 3200m. As for Corroccio....she did run very well as a freshman, but she didn't make it out of Regionals in either the 400m or 800m.

What a world of difference a year makes. This season, all three girls are amongst the state's best in their events. If they keep progressing with the season and stay healthy....watch out!

Blackmon has been on a tear since the calendar changed to 2018. The University of Oklahoma commit had probably one of the best indoor seasons of anybody in Texas. Her indoor marks include a 24.15 in the 200m at the Texas Tech Open and a 54.74 400m also at the Texas Tech Open that has her ranked #2 in 6A including outdoor times. Blackmon has outstanding outdoor times of 11.74 in the 100m and a 23.74 from the Ron McNeill Invitational.

The 100, 200, 400 triple at the state meet is a very daunting task and it would take some serious conditioning, speed, and fitness to be able to pull off serious points in all three events. However, pulling off two of the three are pretty reasonable and given Blackmon's current positioning in the 6A ranks, that could result in some big time points for Plano at the state meet.

Ashlynn Hillyard, has been on a roll of her own. For her, it started back in cross where she was the state leader for several weeks. Things ended up with a third place at the UIL 6A state meet, which is a 27 place jump from her 2016 state meet finish. Hillyard also established herself as one of the nation's best distance runners with her fourth place NXR finish, 11th place Foot Locker South finish, and then a 28th place finish at NXN against the best in the nation. 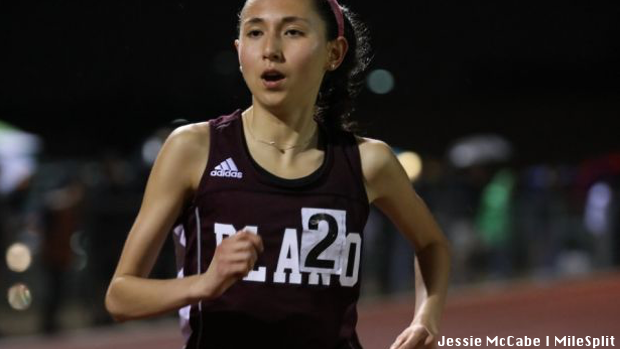 While nothing is for certain, Hillyard could definitely get some big points in the 1600m and 3200m for Plano at state. The 1600m will be a big and tough fight for a qualifying spot as four of the ranked girls ahead of her are fellow Region 1 competitors with two other outstanding freshmen right behind her in Keaton Morrison of Lewisville Hebron and Allie Lyda of Flower Mound. However, Hillyard is a battle tested runner and is one of the top distance runners in the nation. Don't doubt her ability to qualify in both and score big at state.

Then there is Corroccio. Last year, she was wrangled off of the basketball court and told to go out for track. That discovery and decision is certainly turning out well. If the staff at Plano knows how to coach any event, it is definitely the 800m.

Just a sophomore, Corroccio is definitely finding her niche in the half mile. She has one of the state's top times with her 2:13.85 PR at the Carrollton Trojan Relays She followed that up with a 2:14.46 win at the stormy Texas Distance Festival last weekend. In that TDF race, she unleashed a wicked kick over the last 250m that made it look like she didn't even run the previous 550m of the race. 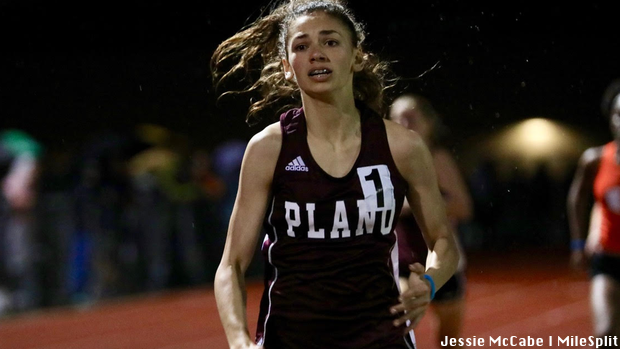 Corroccio is young runner, but sometimes that is a blessing in disguise. She could easily come away with some big points at state that could add up with whatever Blackmon and Hillyard bring in. Also, I can't fail to mention if fellow Plano 800m runner Samantha Shulhan who has a 2:19.69 SB can squeeze her way to the state meet for some extra points, that would be huge.

You might not think of Plano as one of the top teams in 6A this season. However, don't be surprised if you see them on the awards stand in May, even if it is with just three runners.

Plano gets it going this weekend at the Jesuit-Sheaner Relays in Dallas, Texas. You can watch the meet LIVE this weekend to catch yourself a glimpse of the outstanding Plano trio.