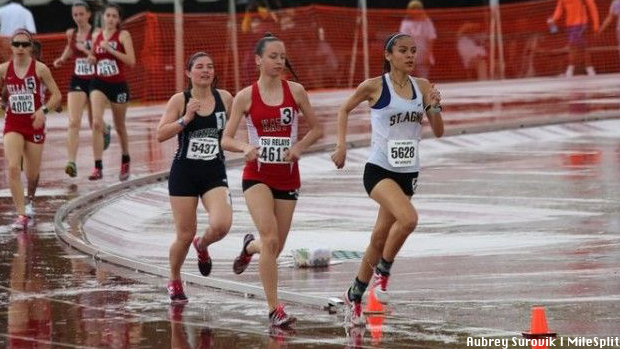 However, senior Jackie Cruz knew she and her teammates had plans for changing that this year. Cruz who's highest personal finish at state was a 24th place at last year's competition. To knock off Ursuline, they knew it would take an outstanding performance and they were able to deliver that today.

Back in August, the team's goal was staying together in races. They knew running as a tight pack would be the key to a win. They accomplished just that today with a 40 second 1-5 split.

Not only did Cruz come away with the win, but four of her teammates joined her in the top ten as freshman Camille Napier finished in fourth and sophomores Sarah Price was fifth, Emily Heinz sixty, and Amelie Born finished eighth. Their scores only totaled 20 points to carry them to the lead over second place finishers Ursuline Academy.

Related: St. Agnes' Aim This Season Is 'Staying Together'

Although Cruz and today's number six runner Grace Wolfe are both seniors, the rest of the St. Agnes group are all coming back. Five of them are all underclassmen who can build off of todays win and possibly start a winning streak of their own.