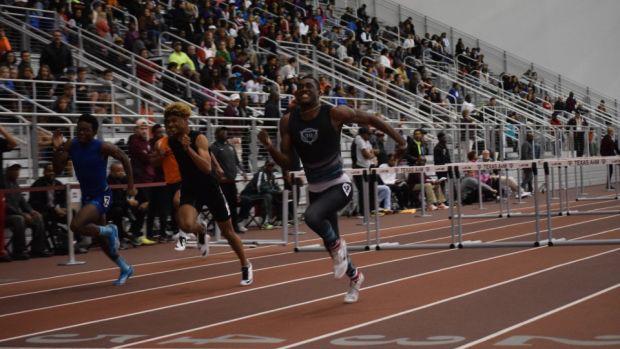 Bryce Douglas is a senior at Allen high school. Just the other day he committed to run at the University of Oklahoma. Last year at the state meet Douglas finished sixth in both the 110mH (14.06) and 300mH (38.33). This season Douglass looks to not only make it back to the state meet but win it all. So far he's already run two indoor meets dropping a U.S. #8 7.95 at the Carl Lewis Invite. We caught up with the senior to find out more about his goals for the season.

Texas MileSplit: How long had you been thinking about the decision, and what made you finally decide on the University of Oklahoma? What were some of your other top schools?
Bryce Douglas: I had been thinking about it for awhile now I wanted to kind of get it out of the way so I could focus on the season and finishing out school.
Texas MileSplit: Will you still be playing football as well?
Bryce Douglas: I don't think I will be playing football but is not completely off the table

Blessed to say that I'll be continuing my track & field career at the University of Oklahoma!#BOOMERSOONER #OUDNA pic.twitter.com/TkJHkVoAaR