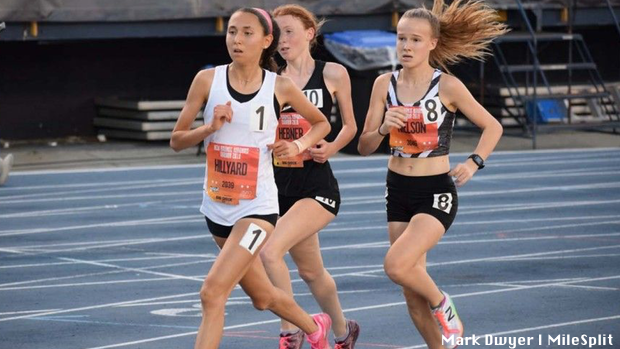 It is on and poppin on day 1 of the New Balance Nationals Outdoor (NBNO) competition for Texas.

The distance girls made sure to represent and one of them even brought home a national championship. Katy Cinco Ranch freshman Heidi Nielson will be brining home a first place award in the girls 5K. She won the championship event in 16:55.76 over an established and talented field.

Although she just completed her freshman season, she adds this win to a long list of big time accomplishments. With high places in both the cross country and track seasons at the state meet, Nielson has shown the ability at a young age to compete well on the national stage. This win is indication of that, but her high school national level running started back in the cross country season where she qualified for the Foot Locker Nationals. Perhaps that national level experience paid off as in this race, she ran composed as she came from behind from the chase pack running her way to the victory.

Also in the race was Plano junior Ashlyn Hillyard and San Antonio Home School Spartans freshman Libby McGrath. Hillyard ran 17:05.72 to a fifth place finish showing that her track season was just as good as her cross country season. McGrath, who also had a very good cross country season and a big time national level track race earlier this year battled the NBNO 5K championship field and ran to a 16th place finish in 17:39.55.

In the Girls Emerging Elite 400m, Marble Falls freshman Bailey Goggans ran in a national meet for the second straight weekend. Last week at Brooks PR, she ran a 2:09.99 PR in the 800m. Yesterday, she didn't run a PR, but it was another 55.x 400m showing just how consistent she has been throughout the season. She ran 55.85 for sixth place overall. 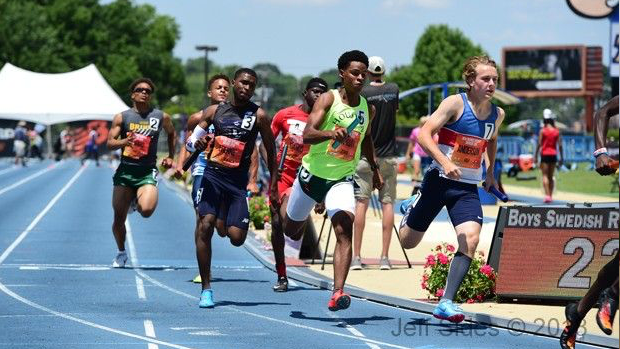 On the boys side, Houston Speed (Strake Jesuit) followed up a great race and near relay championship from last season. This season, they took second place in the boys Swedish Relay with a 1:55.02 in what was another exciting race and finish.