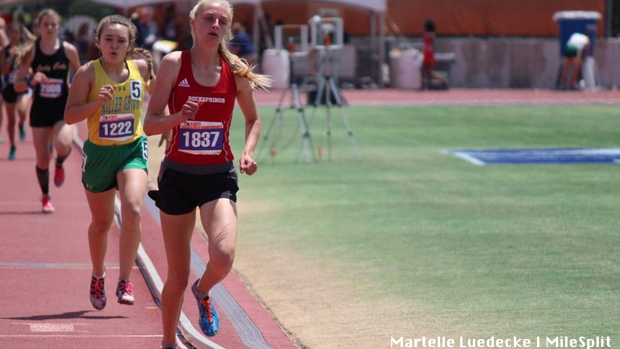 Camille Harris is used to doing things more than once.

Then in 2018, she finished second in the 3200m again. She managed to end the streak of second place finishes in the 800m as she won, then she won again when the 1600m came around.

If you think she has a flare of doing things multiple times, then I wonder what you think when you hear she has transferred schools.....Again.

Harris is in her senior year and this will be her fourth school as she has transferred from Hamshire-Fannett to Nueces Canyon to Rocksprings and now to Sonora.

The move is due to professional opportunities for Harris' father. Although it is yet another transition, the family is taking things in stride and is seeing the optimism in the situation. Harris said, "Sonora is a great place to finish my high school career at. When we visited the high school, we saw teachers interacting with students and athletes who wanted to get better every day." 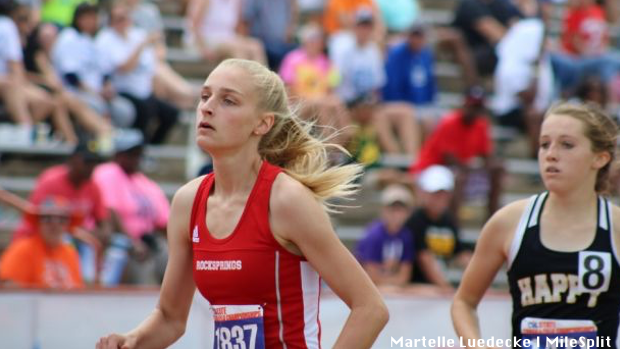 While attending a different school every year of your high school years seems difficult, Harris utillizes her distance running discipline and qualities to adapt to the situation. "Well, each school is different so there's always something new to adjust to, such as new coaches and teammates."

One thing that many may find difficult to overcome is leaving friends and making new ones. Harris seems to have that perfected at this point. "Some may think that making new friends each year is challenging, but the people at Sonora have welcomed me and my family and with social media these days, it's pretty easy to keep up with all of my old friends."

With this being the third change and the fourth school you would think this would would drive Harris crazy. She is also moving up two classes in competition level. She makes the jump this year from the 1A classification to 3A.

While she credits a lot of the easy transition to the people an school of Sonora, much of the ease could be attributed to a familiar face with sister Skylar Harris.

Skylar was a freshman last year at Rocksprings and has also moved schools the past several years. This time, the two will be leaving one school together and heading to the new one together as well.

"Changing high schools does not affect the pursuit of my goals for cross country or track. Even though I'm moving from a 1A school to a 3A, my goal is still to win multiple state championships. Having Skylar with me definitely makes going to a new school easier. I know I always have my sister with me if the transition gets challenging. Also, competing with her every day in practice helps both of us get better." 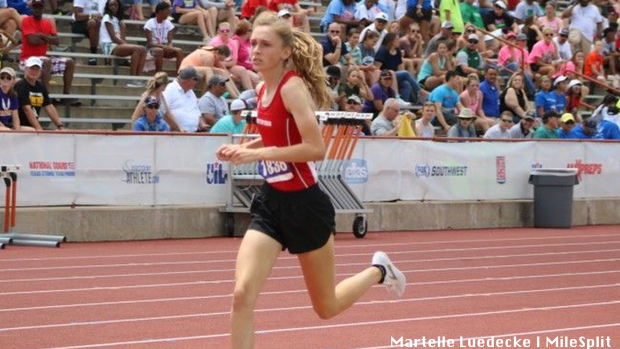 Skylar Harris competes in the 800m at the 2018 UIL 1A state track meet
Skylar will look to her bigger sister on how to handle the high school changes, "I have learned a lot from my big sister. She is definitely someone I look up to. Moving from school to school is hard, but having a lifelong best friend by my side helps a lot."
Skylar does have sort of a leg up on her bigger sister. With all that Camille has been able to accomplish over the last two years in running, she did not make it to state as a freshman. Last year, Skylar was able to qualify for the state cross country meet and the state track meet in the 800m.
Skylar said, "It makes it easier to move with someone you already know, but the teachers, students, and coaches here in Sonora have made it easier than any other school I've moved to.
The moving streak has definitely continued for the Harris', but if anything, one thing everyone in the Harris house and at Sonora have to be hoping continues is how effective the Harris sister perform after the moves.
Tweets by TXMileSplit