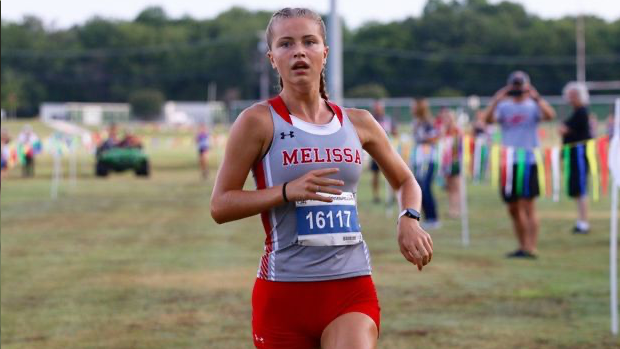 The McNeil Invitational is back to full strength after having to limit entries last season due to COVID restrictions.

Now, it's picked up a corporate sponsor in Hoka One and has a two day schedule of outstanding running. With a recent new course design than when most last competed in the meet, this will definitely provide some new turns and maybe a fewsurprises.

The entries for each race are loaded (see meet schedule and entries here) and will no doubt re-set the state and possibly the national rankings when the weekend is over.

Here are three races you need to watch for and why.

The best race of the day on Friday will be the 4A girls 2 mile race.

There are some outstanding runners in the field and many state meet medalists from both track and cross country.

Abigail Bass (Melissa) enters with the top seed time of 10:53.88. She has mostly been running 5Ks and has also sat out a couple of weeks, but training is a go now and she'll be a formidable foe Friday morning.

Adele Clarke (Celina) is the defending UIL 4A cross country state champion and has a 11:12.54 seed time. She has developed into one of Texas' most versatile runners with her 2:10 800m speed and her long distance endurance.

Kayleigh Wagnon (Lufkin Hudson) has amped up her training in the off season and already has a couple of wins under her belt this season. Wagnon rolls into McNeil with a 11:32 seed time. She recently ran a 18:58 5K PR and should be ready to get another personal best this weekend in the shorter distance. 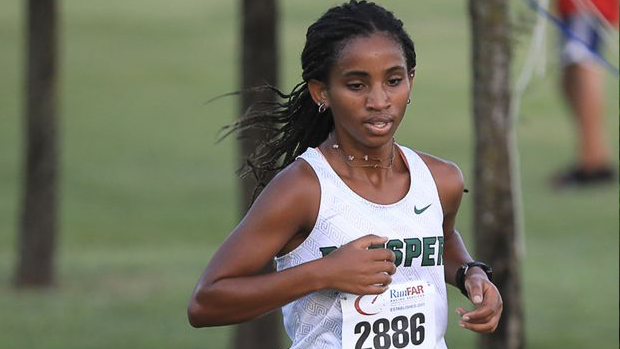 The girls race will be a barn burner type race. With the top six ranked 5K girls and nine of the top 11 in the state possibly lining up, this will be for mid-season bragging rights.

The race should reach a high level of running real quick with the likes of Shewaye Johnson (Prosper) who likes to take it out fast in the early goings of the race. Add Chachi (Anastacia) Gonzales (Boerne Champion) who is known to push the race through the first mile into the second with her famous surges and this race could produce a meet record.

That could play right in the hands of runners like Isabel Conde De Frankenberg (Cedar Park), McKenzie Bailey (Georgetown), Gabbie Love (Colleyville Heritage), and Amy Morefield (Lovejoy) who are all very good pacing type runners and can go with whatever type of race they're presented with.

What will be interesting is how long sharks like Aubrey O'Connell (Prosper) who has yet to really hammer a race, Allie Love (Colleyville Heritage), and Kailey Littlefield (Lovejoy) are allowed to stay in the race. If they lurk and stay close enough to the leaders towards the end, this will easily turn into sit and kick kind of race that they can easily have an advantage with the leg speed they have.

Girls to keep an eye on shouldn't be viewed as sleepers, instead just having a lack of big race experience like this. Kat Kwiatkowski (Houston Episcopal) is as talented as any girl in the field and her 17:50 seed time exhibits that. We'll see if she can be a front pack runner with the UIL girls.

Joy Gill (San Antonio Home School Spartans) is the defending Homeschool state champion and can also mix it up with anyone. She is seldom challenged in the races she competes in. How will she react to what could be a convoluted and jam packed course? This will be one of the most loaded races of the season. Some of Texas' top runners from every conference will be competing. Yep, Texas Homeschools, SPC, TAPPS, and UIL competitors will go head to head in this race.

That means we'll get to find out who the best really is at this stage of the season and who will sit on the Texas throne of being the top distance runner. Walker St. John (Grapevine) tacked two UIL 5A state titles to his resume last season and he currently has a SB of 14:57.90 from his only race of the season at the Garmin MileSplit TX XC Invitational two weeks ago.

However, he should get a view of the new look Kevin Sanchez (Austin Vandegrift). Sanchez is currently the TX No. 1 runner for 5K and 3 miles. He has a 14:44.80 under his belt and a 14:06 from last weekend's dazzling Woodbridge Cross Country Classic.

The other stud in the field to look out for is Emmanuel Sgouros (Houston St. John's). Sgouros is probably the best runner in Texas very few people know much about. However, this dude is straight up legit; he has a SB of 15:13 from probably the toughest course in Texas at the Brenham Hillacious Invitational.

There are definitely some other runners to watch out for like Franco Parra and Marcelo Parra (San Antonio TMI), Trey Leathers and Josue Granados from Grapevine, Geovany Cisneros (Harlingen), and Andrew Mullen (Coppell), Hudson Bennett (Burnet), and Farrin Mangelson (San Antonio FEAST).

However, if I were to pick two names to hold onto the top pack when gears shift, it'll have to be Nathanael Berhane (Wylie) and Ruben Rojas Betanzos (Katy Seven Lakes).

Berhane has proven this season that he is ready to break out and isn't just a typical good runner. He has been seasoned for three years behind Luke Lambert, last year's UIL 6A state champion and he looks the part with his 15:10.20 PR.

Here is the meet schedule and race entries for the 2021 Hoka One-McNeil Invitational.

No bridge, at the end, two levee runs, and a reverse finish....you've got to see the new course at McNeil.